My one year Ginseng Roots are woods grown. Getting them off to the right start just as wild roots start. Transplant these roots in a natural woods to fend for themselves and produce your own wild roots. Or plant them in a woods in rows for excellent seed producers. Grow your own seed! My roots should come up in the spring as two prong, and produce just a few seed per plant. It is the third year and later that most seed production is produced in quantity. Every root purchased is examined to assure that all roots look great and healthy! I ship roots surrounded by pete moss for healthy safe arrival. I take extreme pride in what I sell. All orders include four pages of growing and planting instructions. If you are new at this, the best way to find out if Ginseng grows good in your location is to try it. If it grows, excellent $$$ can be made growing Ginseng.

NEW INFORMATION AS OF DECEMBER 1st 2022. I talked to my root buyer today and he said just about all sales come from the same people year after year. No new ginseng people entering the market. I have noticed prices are not going down. Just remaining at high levels for the wild grown roots. Here is the latest…

Fall of 2007 Wild dried roots were selling at the typical $400.00 per pound range. Then quickly rose to $800.00 and peaked briefly in late November at $1,150.00 These were historically unprecedented prices.

Early August of 2008 prices were around $600.00 and quickly fell as low as $250.00 in October and November. Many factors caused this including over digging in anticipating high prices, the economy was laying people off and diggers chose to sell at any price to obtain money, the overall economy in general, and some buyers who still had loans out on their purchase of roots to obtain the inventory they were holding did not want to purchase more roots, even at a low price. Beginning around mid November the market began to correct itself and roots were selling in the $325.00 to $350.00 range. By December it was over the $400.00 range.

Fall of 2011 wild roots brought as little as $320.00 per dry pound for the very first few days that the market opened in September. By the middle of September the market quickly rose to $400.00 per pound. By the first of October the price had reached $500.00 per pound. From early October through the end of 2011 prices continued to rise, but at a slow rate. Ending late December of 2011 at about $600.00 per pound.

January of 2016 prices for wild root were slightly lower than the fall of 2015 when prices peaked at an average of $800.00 per dry pound. When the market opened in the fall of 2016 for dry roots, the average price was $400.00 to $500.00 per pound. And peaked at about $700.00 for quality dry roots. Much lower than previous years. And for a good reason. A long story short, a huge root buyer in Hong Kong, purchasing large inventory of roots during the past years, went out of business and sold their company. And large quantities of quality wild roots were sold at a low price. Flooding the market. Although much of the inventory had been sold, the new owners purchased little or no wild ginseng roots last fall.

The prices basically stabilized through November of 2016 to the end of the buying season for 2017, which would be $500.00 average quality to $700.00 for high quality dry wild ginseng roots. The market opened at an average of $400.00 per pound for dry roots. Prices everywhere rose steadily. And by the middle of November, for many years now, Minnesota, Wisconsin, parts of North Carolina, and the limited supply of New York roots, were paying the best prices of around $800.00 for average wild ginseng roots. At the same time frame Indiana, Ohio, and Missouri roots was about $700.00 and Kentucky and Arkansas was about $600.00 per dry pound. As roots became scarcer toward the end of the buying season for non-select wild dry roots, the price rose to $825.00 to $850.00 and for select nice larger, older dry wild roots the prices reached $900.00.

The opening market for dry wild root was surprisingly very strong. Minnesota, Wisconsin, New York, North Carolina, and a few other prime areas, dry root opened at $800.00 per dry pound. Prices soon rose steadily until reaching $900.00 per dry pound. Prices stabilized at $900.00 for the rest of the buying season. Ohio and Indiana prices were lower in the $700.00 to $800.00 range. Kentucky, Tennessee, and Arkansas prices were only $600.00 to $700.00 range. Large, older roots have become more attractive to mainland Chinese and domestic Chinese. Premium quality roots continue to increase in demand.

Due to the result of COVID-19 and turmoil in Hong Kong shipments of dry wild roots had been stalled and earlier in the season a lot of large regional buyers have or had significant inventory. And earlier cargo shipments of all kinds, including ginseng, were backed up. Also the lack of workers willing to work. All of this will have a negative impact on ginseng. However, there is a lot of pent up demand. No lack of consumer buyers who want the roots. Eventually these problems should work themselves through. And even a strong demand from consumer buyers wanting to find these roots for sale once again. One large mid-western buyer thought the opening prices could be as low as 30% to 40% lower opening prices. Highly unlikely. The bottom line is nobody knows for sure the upcoming prices. Last update: August 4th 2020.

All I can say is I received $875.00 per pound for Minnesota roots. Information is getting scarce

There are no reviews yet. 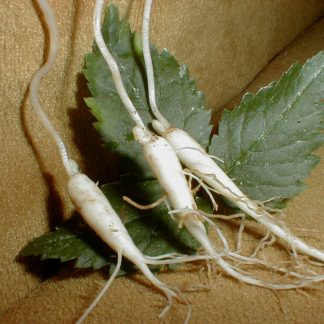